There we were—three generations sitting under the pergola.

Conversations were easy but as evening approached the chill threatened to kibosh our get-together. 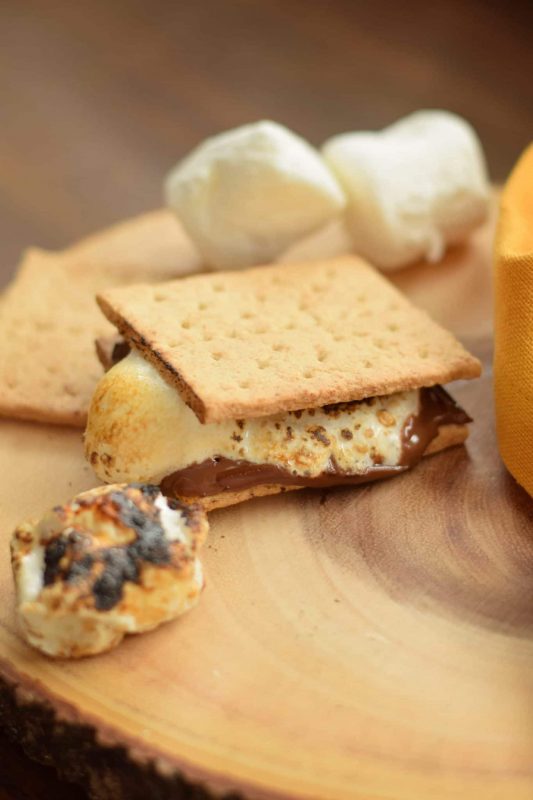 So we started a fire and the kids ran inside to grab the summer essentials: graham crackers, marshmallows, and chocolate bars. (And the more adventurous pulled out some new flavors—cinnamon bears, peanut butter cups.)

Competing toasting techniques came out. Some burned marshmallows so they could enjoy that sweet, dark char. Others slowly rotated the white puff until it turned a warm golden brown with an ooey center.

Before long, my fingers were sticky, my chin was smeared with chocolate, and cracker crumbs covered my lap.

Yep, memories were made. It’s the magical nature of s’mores! 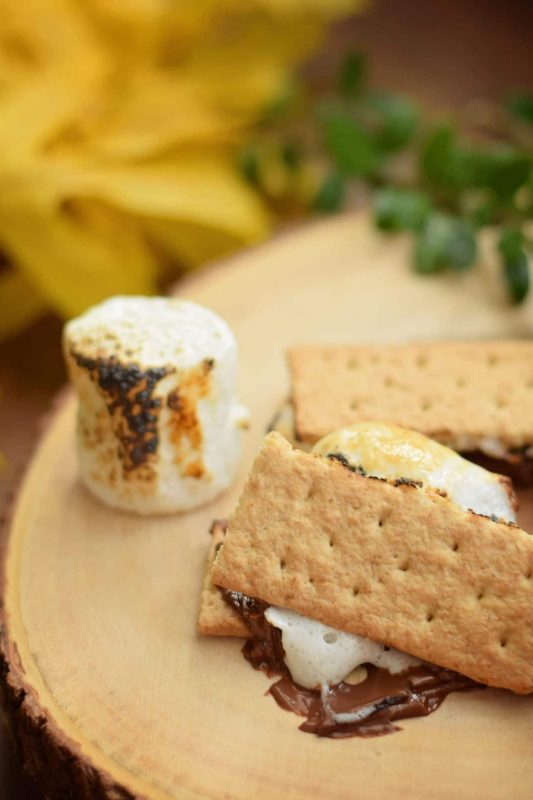 And because s’mores are so magical, I couldn’t help but introduce my S’Mores bon bon. Natch, it has a nice layer of graham cracker, but to make it extra special, I make my own ooey-gooey marshmallow. And then, of course, I cover it in a milk chocolate shell. 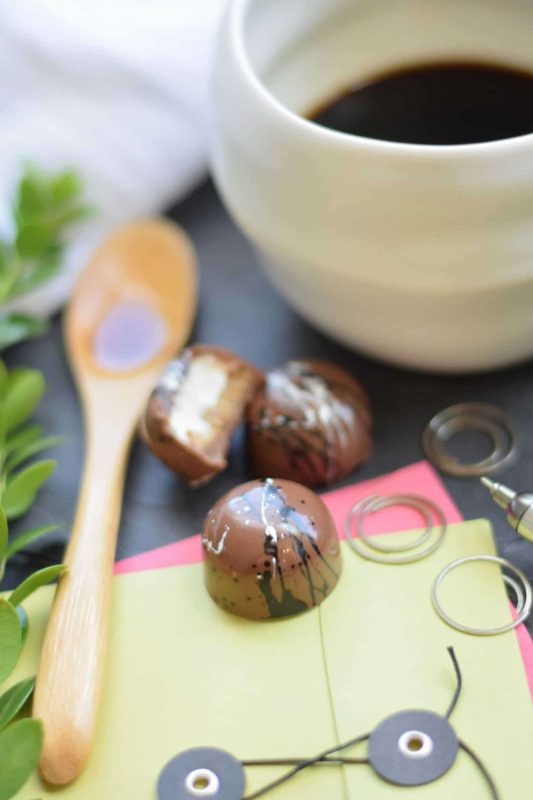 There we were—three generations sitting under the pergola. Conversations were easy but as evening approached [...]

What is there about hazelnuts that transport me to Europe. [Gosh, that sounds so … [...]

Some fortunate circumstances landed us in St Kitts over spring break this year, and … [...]

I’ve had a long-time love affair with mint. As a little kid, my family and [...]

As a kiddo, summertime meant working in the garden. And then … hauling our harvest [...]

This holiday fav is sure to satisfy Santa’s sweet tooth! To make this Cookie Crunch [...] 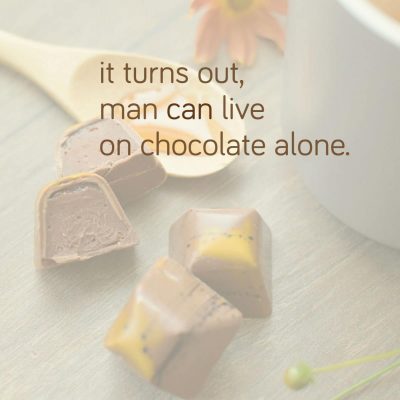 Deep thoughts from your favorite chocolatier … [...]

Come on—hang out in the kitchen with me, and learn about my latest chocolate-covered creations!